Navigation at Sea: How to get there from here thru the ages 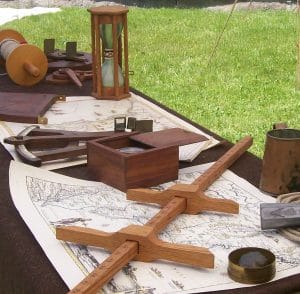 Born and raised in Flushing, Michigan, Mark Phillips graduated from the US Naval Academy in 1974 and spent five years as a Surface Warfare Officer aboard ships operating out of San Diego, California; he retired from the Naval Reserves in 1994.  A thirty-year career with Lockheed Martin Corporation concluded with two positions, Combat System Ship […]