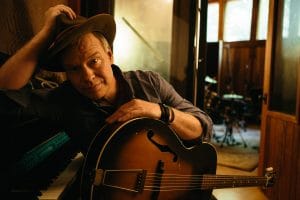 After a series of indie record releases, Shawn Mullins’ critical breakthrough came when 1998’s Soul Core album shot him to fame on the strength of its Grammy-nominated No.1 hit, “Lullaby.” His song “Shimmer” was used in promotion of the 2000 Summer Olympics in Sydney and was included on the Dawson’s Creek Soundtrack. For its 20th […]