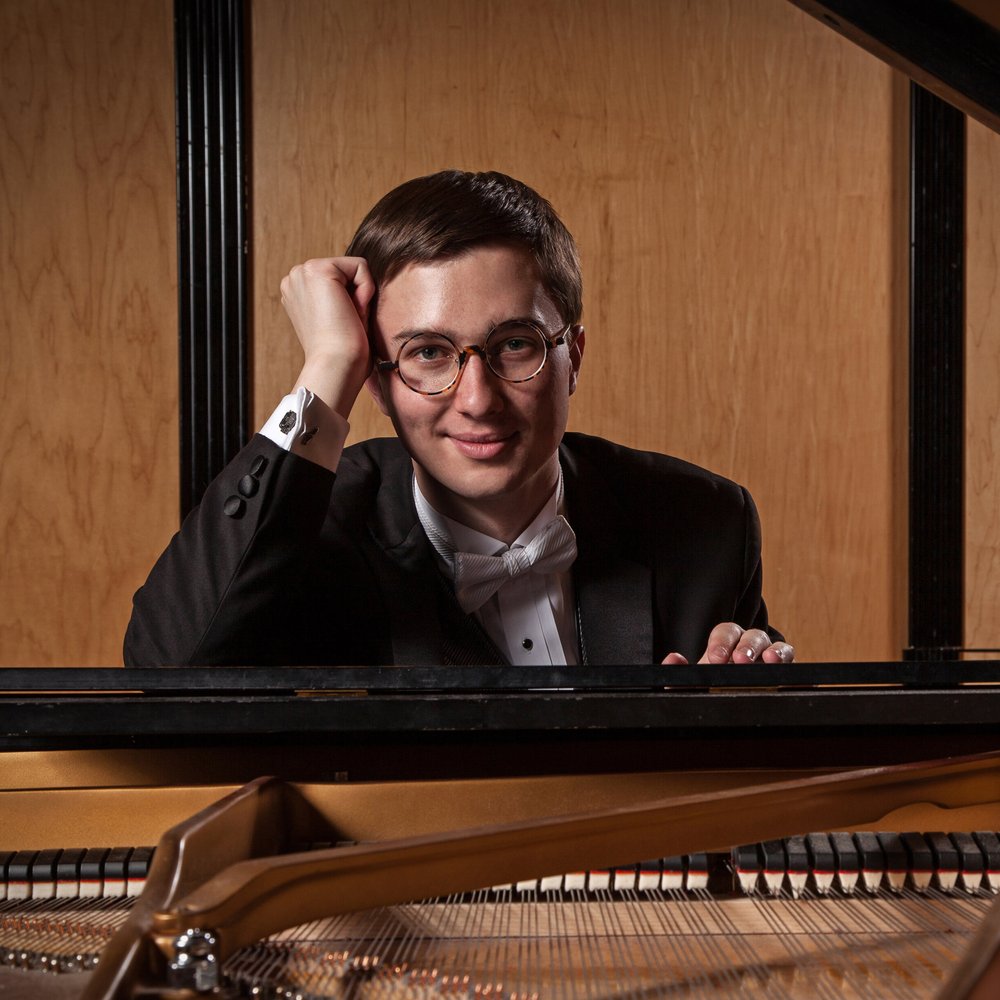 Adam Swanson is one of the world’s foremost pianists and historians of vintage American popular music, including ragtime, early jazz, the Great American Songbook, and more. He has been a featured performer and lecturer at ragtime and jazz festivals across the U.S. and abroad, and he is the only four-time winner of the World Championship Old-Time Piano Playing Contest. He made his New York debut in Carnegie Hall at the age of nineteen, where he performed with Michael Feinstein. Adam appeared alongside pianist John Arpin at the Bohem Ragtime and Jazz Festival in the Republic of Hungary, and he has also toured Switzerland and Australia. Adam has accompanied silent films at the prestigious Cinecon Classic Film Festival at the Egyptian Theatre in Hollywood and performed privately for Oscar-winning Disney/Hollywood composer Richard M. Sherman (Mary Poppins, etc.). At the age of twenty-one, Adam performed a solo concert at the Kennedy Center Millennium Stage in Washington, D.C.