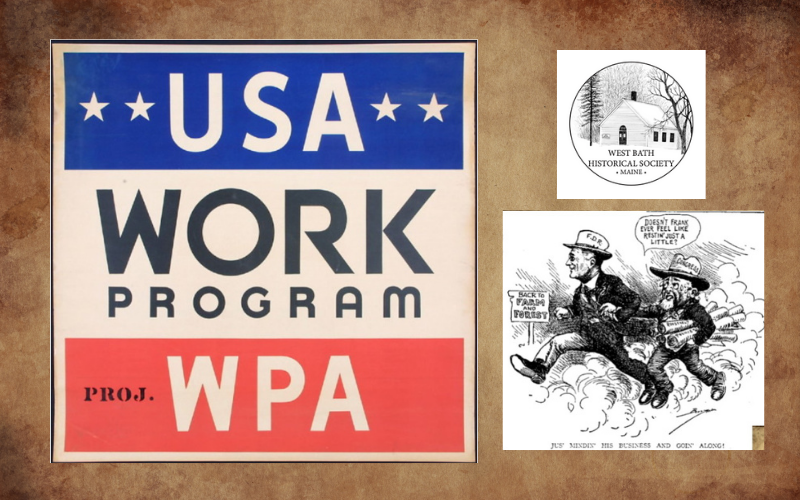 “The Living New Deal” researcher Andrew Laverdiere gives a glimpse into the vast scope of FDR’s legacy in the context of what was going on in the state of Maine at the time and a discussion about the economic philosophy that made his efforts successful both nationally and internationally. Given that President Roosevelt’s actions generate controversy still to this day, a panorama of FDR’s enemies and their legacy will be touched upon.

“The Living New Deal” is a public history project out of the University of California Berkley that documents the New Deal’s massive legacy to the United States. Because New Deal public works were rarely marked, the era’s contribution to American life goes largely unseen and unappreciated.

This presentation will take place in the Community Room and live on Zoom. With support from West Bath Historical Society.